Most vulva owners and those people that pleasure them, are aware that the clitoris (also called the glans), the nerve laden kernel of skin at the peak of the vulva, is for many people (but not all) a pleasure center. However, a lot of people aren’t aware that this very sensitive area of the vulva is a lot bigger than they think and that it has a lot in common with the penis. Let’s start at the beginning…

In the womb our genitals all start off the same, a little undefined nubbin of erectile tissue. As the fetus grows, biology decides whether that structure becomes a penis or a vulva. Regardless of what shape and evolutionary system you are born with, each kind is made up of the same type of skin and are aroused in much the same way. However, there are some not so obvious differences between the two. As far as the pleasure centers go, the head of the penis holds about 4,000 nerve endings making it the most sensitive part of the penis. Think that sounds like a lot? Well, think about this … the head of the clitoris has double that, about 8,000 nerve endings, and that’s just the part you can see! That’s right, there’s more to the clitoris than meets the eye.

Most people don’t know that the clitoris on the outside of the body actually extends about 5 inches inside the body to form legs and a pair of bulbs. Confused? Think of the clitoris looking like a wishbone where the tip top of the wishbone is the external clitoris and the neck and legs of the wishbone is the internal portion. The clitoris also has a pair of bulbs (called the vestibular bulbs) which also extend from the neck of the ”wishbone.” The legs and bulbs wrap around the base of the vulva and hug the vaginal canal. This positioning is a big part of the pleasurable contractions one feels when climaxing. 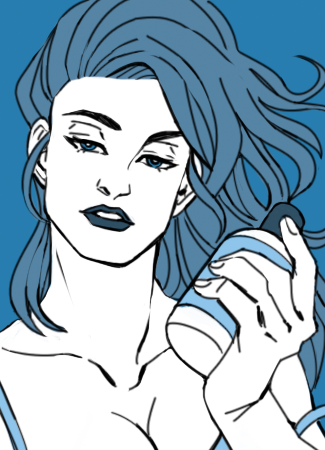 In fact, for some clitoris owners direct contact on the glans is way too sensitive to be enjoyable and stimulation of the other areas of the clitoris may be one of the only ways they can enjoy an orgasm or basic genital arousal. During arousal, the vagina produces a natural lubricant to facilitate potential penetration. However, for some people self lubrication isn’t always sufficient. Lubrication may not happen fast enough for the escalation of their play, or they don’t produce enough lubrication naturally, (perhaps because of medications they are on, menopause or a host of other reasons.) For other people, their natural lubrication dries up too fast for their liking, therefore making masturbation or penetrative sex painful.

This is why, always having a personal lubricant like Sliquid on hand is essential. Lube facilitates more gentle arousal of the clitoris and frictionless penetrative sex (and that includes the anus).

Next month in “Sliquid Says”, we’ll talk about the kinds of lubricant on the market and the reasons why you may choose one (or more) different formulations for various sexual (and non-sexual) situations. Until then, enjoy discovering the areas of the clitoris you or your partner likes the most!