We have all formed our own ideas about period sex either through personal experience, stories from others, or a vague understanding of what it’s really like to have bloody intercourse. Some of us believe it to be a bedroom staple, while others are a little more squeamish at the thought. If you’re on the latter end of the spectrum, this post is for you. Period sex is not only super hot (trust us on this!) but actually comes with some surprising health and relationship benefits.

The sex is (way) hotter

Sure, your normal sex life is pretty good – maybe even incredible. But when it comes to period sex, the heat gets turned way, way up. While typically women’s sexual urges increase during ovulation (because, ya know, babies), many women find that they have an insatiable urge for sex during menstruation. Why is this?

Well, it can be chalked up to a couple of factors, including increased blood flow and fluctuating hormones. She already has 8,000 nerve endings in her clitoris but when she’s bleeding, that extra blood coursing through her genitals makes a woman extra sensitive to the touch. Add that to the increased amounts of estrogen and testosterone and you’ve got a lady who is ready for some action.

While not all women experience this, some of those who do find that they are able to reach orgasm more easily and have more intense orgasms when they’re on their period. This is thought to be due to the sensitivity of the uterus as it contracts to shed its lining. It may not sound hot but believe us when we say that once you get a feel for period sex, you’ll start to look forward to it.

Your intimacy is increased

Whether you’re in a long-term relationship or still feeling things out, period sex could be considered a relationship milestone. It’s a perfectly natural bodily function but one that you probably wouldn’t let just anyone be privy to. The bond that can come from being gentle and patient with what some people feel awkward or embarrassed about can strengthen your relationship and help you become more comfortable with each other’s bodies. Bonus bonding points for cleaning up in the shower together afterward. 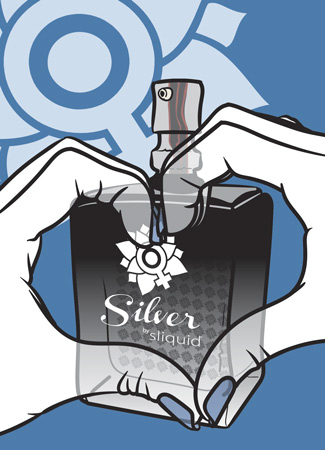 Remember how we said that the uterus contracts during menstruation? Well, this causes cramps for many women. While an ibuprofen and a heating pad can certainly dull the ache, sex actually helps, too. Before an orgasm, a woman’s uterus is relaxed but, as she starts to orgasm, blood flow is increased which helps to relieve cramps. Even better, the feel-good chemicals released at the time of orgasm act as a natural pain reliever and ease the pain during and after climax.

Sex has a domino effect and, during menstruation, this can really improve a woman’s mood. We’re not suggesting that she’s not in a good mood because of her hormones but, with the release of oxytocin, there’s no way she won’t be feeling fantastic when it’s over. When a woman is about to climax, her oxytocin levels reach up to five times their normal level. This is a hormone that not only triggers the release of endorphins but also strengthens your emotional bond to your partner. When the endorphins are released, a plethora of positive side effects happens including reduced stress, boosted immunity, and even an increased life span.

It’s seriously not a big deal (at all)

We know you’re worried about the mess and the potential ick factor but trust us, it’s not as bad as you think. The benefits far outweigh the mess and, more than likely, you’ll be glad you did it. There’s really no need to avoid sex for up to a week every month. Just toss a towel over the sheets (or check out these menstrual discs that help you have mess-free period sex) and get to it.

Tell us, what’s your favorite part about period sex?